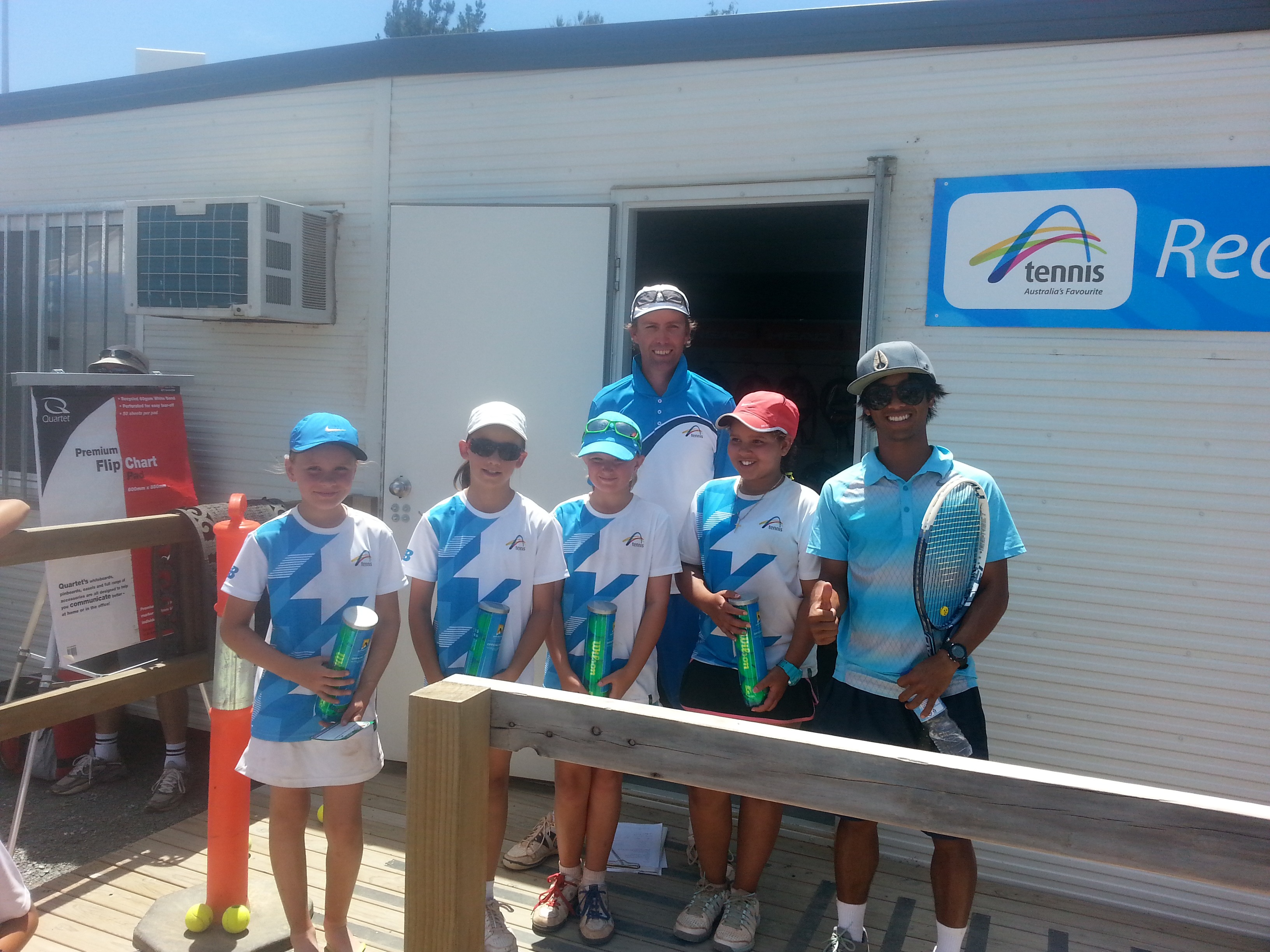 ACT played host for the Super 10s teams event on the 22nd and 23rd of November 2015. 16 of the best boys and girls from ACT and regional NSW grinded it out on the Lyneham clay courts in sweltering heat.

Tennis Canberra coaches Avi Baskar (Team Rafa) and Robbie Manzano (Team Williams) were 2 of 8 team coaches for the event. With all teams evenly matched it was tough to determine a champion team on Day 1.

Day 2, served a scorching 37 degrees out on court. After close ties in both boys and girls semi-finals Team Rafa (boys) and Team Williams (girls) both went through to the finals.

A surprise visit from Nick Kyrgios before the finals served important after a tough session in the heat. Both Avi and Robbie’s teams fought hard in the finals almost turning the tie from the losses in the pool rounds. In the end, it came down to 3-games in both boys and girls finals with Team Rafa and Team Williams settling for proud finalist.

“This is the first time I’ve worked as an on court team coach and I know it won’t be the last, it was an incredible experience and I was so proud of my girls who proved to themselves that they had it in them to come back from 3rd on Day 1 to close victors” Robbie Manzano